How much do you really know about Alabama? The southern state is neighbors with Tennessee, Georgia, Florida, and Mississippi. However, none of its neighbors has nearly the same amount of minerals. Alone, Alabama comprises around 190 species of minerals!

Despite the seemingly large number, Alabama isn’t among the top five states for producing minerals, but that’s a story for another day!

Alabama’s rocks and minerals include apatite, emerald, calcite, amethyst, agates, onyx, and opal. And the list goes on for long! The state has a lot of mines and sites where you can go rockhounding, too.

If you’re going rockhounding in Alabama soon, you’ll need to know about all the rocks and the minerals and where to find them. That’s what we’re here for! We’ll leave no questions unanswered; hop on! 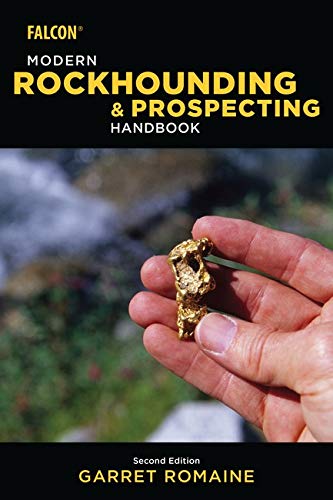 A must have for every serious rockhound!

Buy on Amazon Learn More
If you click this link and make a purchase, I earn a commission at no additional cost to you.

Rocks and Minerals You May Come Across in Alabama

Here’s a comprehensive list of some of the rocks and minerals you may come across on your next rockhounding visit to Alabama!

Marble got recognized as Alabama’s state rock in 1969. Since then, it’s been breaking records and gaining popularity worldwide. The longest marble deposit on earth runs under Alabama for 32 miles. Its depth also goes on for more than 600 feet, and its width stands at a mile and a half. That’s pretty much a lot of marble!

Alabama’s marble is known as the whitest marble in the world. If you don’t already know that, it was used in making one of the US’ most famous monuments: Lincoln’s Memorial.

You can find marble in the southeastern and the middle eastern parts of the state. Alabama is full of it, so you won’t face any hassle trying to find it. It has a very high worth, too.

Due to its abundance in the state, Alabama designated the blue quartz as the state’s gemstone. The state prides itself on the rare blue rock that’s exclusive to it. Quartz can be found in a lot of places scattered around the globe, but the blue color of Alabama’s quartz is hard to come across.

There’s been a lot of talk about the special abilities of star blue quartz. Some people are convinced it promotes the immune system, while others believe the rock can relieve tension in the throat area. Other opinions claim that it helps overcome hyperactivity, but none of those are sure. The rock is fascinating enough without the healing abilities, anyway!

The colorful mineral can be found in many locations of Alabama, but you’ll mostly encounter it around the Piedmont area. Although the mineral comes in a variety of vibrant colors, Alabama’s beryls are light green—at least most of them are. You may find the other colors in different states.

Most mineral deposits that produce beryl will also have hints of quartz and tourmaline, so you’d be lucky to run across several minerals at once. The three rocks have pretty colors; they’re a sight to see!

Beryl is the mother gem of many precious minerals, such as emeralds, heliodor, aquamarine, and many more. The rock’s varieties are the reason it’s widely popular. Alabama is lucky to have some of it!

Tourmaline is one of the most popular gemstones on earth, thanks to its colorful specimens that are used widely in the jewelry industry. Some variations of the gemstone can be sold in jewelry for thousands of dollars, which is why many people are hounding for it.

In Alabama, you can find tourmaline in several locations, including Micaville, found in Cleburne County. You can also look for it in Opelika, which is in Chambers County. On top of that, you may also find it in Rockford, Coosa County. The last location, in particular, is also known for the abundance of pegmatites, feldspar, and muscovite.

If you’re looking for black tourmalines rarer than other specimens, you can find them in northern Auburn.

So, needless to say, there are a lot of locations you can find the gemstone in Alabama.

If you like the black, sleek gemstone, you’re in for a treat. Onyx is found in abundance in Alabama, and it’s mostly in Blount Counties. You can also run across the mineral in Jackson City, which is in Clarke County.

Onyx is black on the outside, but its layers have contrasting colors. You may find brown, white, and even blue layers inside the rock. These are called sardonyx. There’s also a variation of the black stone called carnelian onyx. In carnelian onyx, the layers are red and white, making the mineral even more special.

In 1967, Hematite got its title as the state’s official mineral, so it’s needless to say it’s one of the most found minerals there. The mineral is iron’s chief ore, and it’s best known for its red streak. That streak is actually the reason Hematite got its name, which derives from a Greek word, haematite, that means blood-like.

You can find Hematite in the northeastern areas of the state, more near Red Mountain in Birmingham. On top of that, you can find it in Alabama’s central regions, including Blount, DeKalb, Cherokee, Etowah, Tuscaloosa, and Jefferson Counties.

Although not a lot of collectors are interested in copper, it has high commercial worth. You can find it in Alabama in Cleburne Counties and Clay. These regions, in particular, have huge sulfide deposits. The copper occurs inside the sulfide as copper iron sulfide, which has a relatively high worth.

Copper was first discovered in Alabama around the 1850s. It was found near the Piedmont area, near Millerville and Pyriton.

If you’re looking for fossils instead of minerals and gemstones, you can look for basilosaurus cetoides on your next rockhounding visit to Alabama. It was declared as the state’s official fossil in 1984.

The fossil is a bone of the king of lizards, which is a reptile that has a shape close to that of whales. Miners first found the animal in the southeastern parts of Alabama around 1834. They found a complete skeleton of the extinct basilosaurus, and the scientists identified it as a member of the whale family.

You may look for the fossil, but you can’t remove any remains without written approval from the state.

Where to Go Rockhounding in Alabama

Now that you know what stones to find, you need to know where to find them. Here are the top four locations for rockhounding in Alabama.

The paint rock river valley is where you can find the paint rock agate known for its distinctive colors and sparkle. Miners usually find it on the Upper Mississippian limestone’s interface, and they also obtain it from the Pennsylvanian sandstone.

Along the river valley’s gravel bars and streams, you can find the rocks you’re looking for. The river cuts into the Cumberland Plateau in its upper course and defines the Marshal Counties’ border in its lower course.

The puddingstone site is recognized as a quarry, so you’ll probably need permission to collect rocks and minerals there. However, some sites allow collecting stones and rocks if you take care of steep slopes to avoid risking your life. Not all quarries have that allowance, though.

The site is known for its hematite matrix that includes various specimens of red chalcedony and jasper. You’ll love the small stones there.

To go to the quarry, cross the HWY 72 Alabama border from Mississippi and search for the site on the right. Don’t cross Bear Creek, though; you’ll have gotten too far.

If you’re looking for Geodes that are lined with calcite and quartz, you can visit the Athens site. You’ll find the Geodes on the streams and fields there. Look for the lighter rocks; they’re the ones you’ll be looking for. Other geodes will look like the heads of cauliflowers, but those aren’t of high worth.

The site is found in the northern part of the state, precisely between HWY 72 and I 65.

The best thing about Red Mountain State Park is the ease of rock mining there. You don’t even need to carry any tools; the Hematite is found on the ground, making it pretty easy to reach and get it.

You’ll find the Hematite closer to the ore mine sites and up the trails as you’re walking. Red Mountain State Park is one of the safest sites to go rockhounding, which is why many collectors love it.

Rockhounding in Alabama is a fun, fruitful experience that you should go for if you’re visiting the state soon. The wide variety of rocks and minerals is something to speak of; you may get yourself a precious tourmaline stone on the trip!

Not only that, but the sites are also easy to reach and well-prepared for visits. As long as you stay far away from steep edges and follow the safety precautions, you’ll be sure to have a fun trip. Don’t forget to show us pictures! 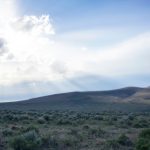 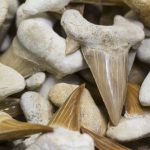