Interesting Things From Around The Internet: The Copper Scorpion

I’m starting a new series for RockSeeker.com called, “Interesting Things From Around The Internet.”  It’s just a short post of some of the most interesting things that I’ve come across recently that I thought you would also find interesting.

Some of the things I’ll share are videos as well as other blog posts, tweets, etc.  Basically anything I come across that I think you’ll also find interesting.

So I thought this image that I came across today would be a great first post for this new RockSeeker series.

The Scorpion That Turned Into Copper

I found this very interesting picture while scrolling through Reddit.  It’s a picture of a scorpion that has been completely replaced by copper!

The copper scorpion was on display at the 2019 Tucson Gem And Mineral Show and ended up on the AZ MMNRE Museum Twitter page. 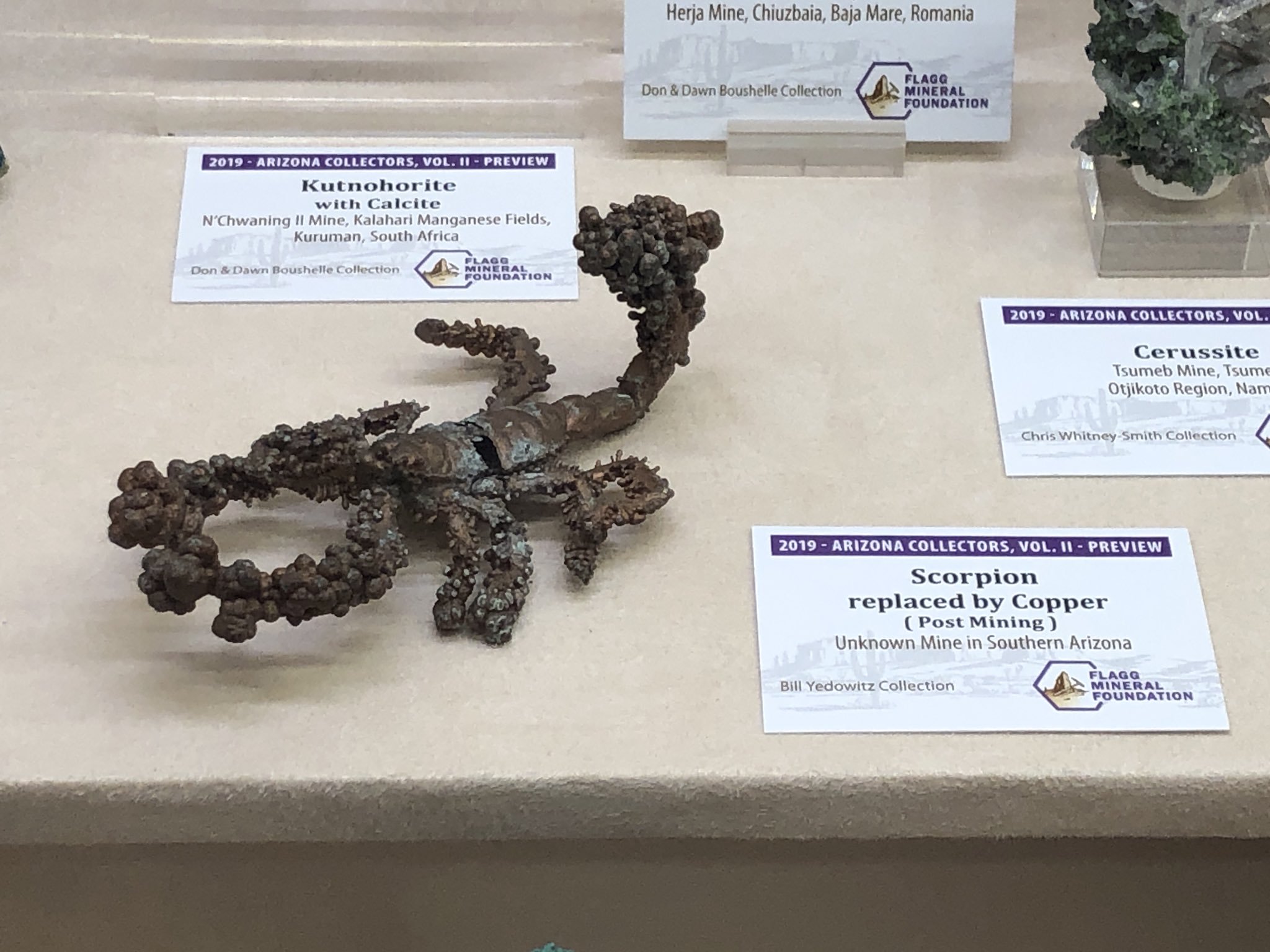 How Does A Scorpion Turn Into Copper?

This was exactly my first thought.  How exactly does a scorpion turn into a copper fossil?  According to @BenMS on twitter, it was most likely a very, very slow process.

Most likely, the doomed scorpion became entombed in in the rock. Over time, copper-rich fluids ultimately came into contact with the entombed scorpion, depositing the metal as it evaporated. This process would be similar to how petrified wood is formed.

Another theory as to how the scorpion became a solid piece of copper is simply the result of early and inefficient copper smelting. It’s possible that during the copper smelting process, liquid copper spilled and made its way through the rocks to where the scorpion was entombed.

Either way, this copper scorpion is pretty incredible!

Have you heard of any other critters being turned into copper like this?  If so, let me know about them. I’d like to share them on here for everyone else to see.

2. Rockhounding In Arizona: The Ultimate Guide

3. Geodes! Everything You Wanted To Know (And Where To Find Them)

4. The Best Rock Tumbler (For Beginners And Experienced Rock Collectors)

5. The BEST Gift Ideas For Rockhounds

Here it is: the coolest specimen at the Tucson Gem and Mineral Show. Scorpion replaced by copper, found in a southern AZ mine. Find it in the Flagg Mineral Foundation case in row H. Bill Yedowitz collection (and I might be biased, he’s one of our great volunteers!). #TGMS2019 pic.twitter.com/z6YgeoZeMg 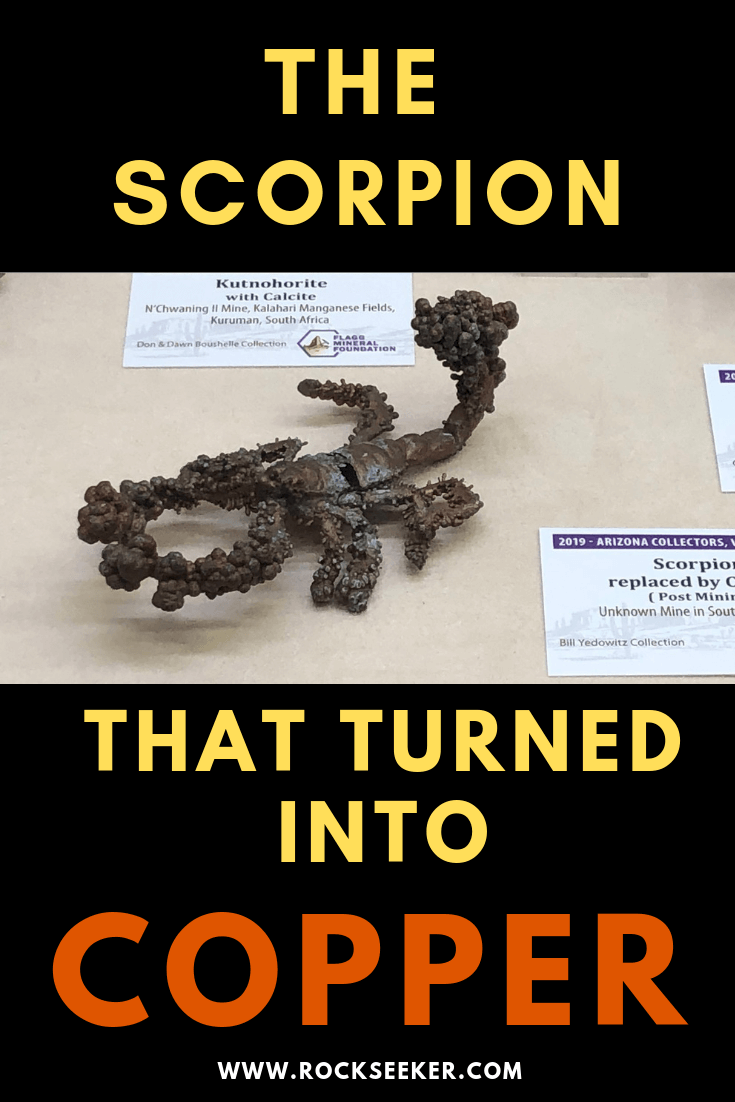